A Second Bite at the Apple: e&e’s Two-Step Buyout™ 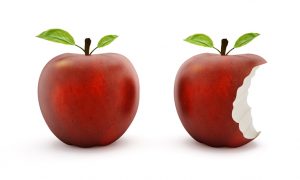 Why sell your business once when you can sell it twice? IMB proposed a Two-Step Buyout™ to the Etter Family in the summer of 2014, when IMB purchased a majority interest in e&e IT Consulting, Inc. from its co-founders, Linda and Tracy Etter.

Founded in 2002, e&e is a women-owned business which provides information technology consulting and staffing services. In 2014, the Etters received an upfront payment of two thirds of e&e’s value and rolled over the remaining third of the proceeds to retain a 49% equity interest in the business. Four years later, the Etters enjoyed a second bite of the apple when e&e successfully refinanced the company and generated a significant return to its investors and shareholders. Linda and Tracy continue to own a meaningful portion of the business they founded and look forward to subsequent realizations of value with IMB’s long-term partnership model and growth plan that will pursue additional recapitalizations over time.

IMB’s Two-Step Buyout™ model typically pursues recapitalization three years to seven years after the initial transaction. In the interim period, IMB works with the company to grow the business, build out the team, open new sales channels, execute strategic initiatives, and pursue add-on acquisitions. IMB and the management team work together to grow EBITDA and strengthen the organization, while simultaneously paying down debt so the business is well positioned to refinance its balance sheet and generate a realization of equity value for investors and owners.

The case of e&e exemplifies this playbook. In the four years following IMB’s initial investment, Linda and Tracy gradually transitioned out of their day-to-day executive roles as IMB structured and executed a plan to hire ten people to the executive and administrative team to fuel the next phase of growth. IMB provides additional operational and financial resources that complement the business’s core skills and accelerate growth. e&e steadily grew its base business, acquired new Fortune 500 clients, and purchased a Florida-based IT staffing and consulting firm. These activities resulted in over 40% revenue growth and over 13% EBITDA growth which increased the value of the Etters’ remaining stake in the business.

Does the second bite at the apple work? In September 2018, IMB successfully completed the recapitalization of e&e. The transaction provided several benefits:

At the close of the recapitalization, Linda and Tracy were overwhelmed with emotion. Linda commented, “Heading into the transaction, we weren’t sure what the future would hold. Taking on outside capital and a new partner was a big step and we know it doesn’t always work out so well, so this second bite of the apple was extra sweet.”

IMB designed the Two-Step Buyout™ structure based on decades of experience helping small to medium-sized businesses grow in a safe, thoughtful way. The flexible model allows owners to pull out the majority of their equity upfront, so they can take money off the table, diversify their personal assets, attract capital to fuel growth, and signal to stakeholders the beginning of a robust succession plan. Since the success of many middle market companies is often heavily linked to the founder or CEO, a Two-Step Buyout™ can be advantageous for the uninterrupted, continued operations of a company. A smooth transition ensures that the company’s leadership team has the capacity to support the next era of growth and the departing founders reap the rewards of their hard work.

A Second Bite at the Apple: e&e’s Two-Step Buyout™
Scroll to top