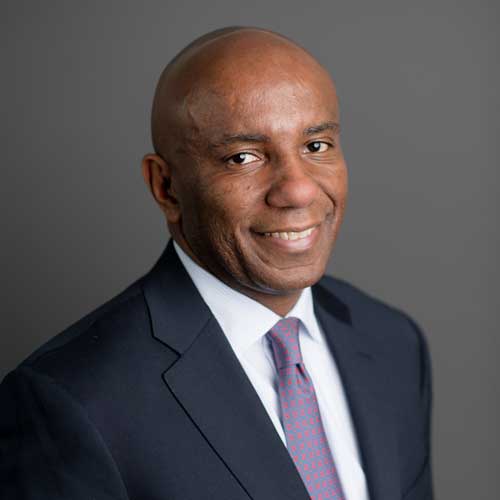 Mr. Richardson is the Founder and CEO of IMB which was started in 2010. He has 25 years of private equity experience, has invested over $500 million of capital and completed over 20 platform buyouts and add-on acquisitions.

Tarrus is the founder of the Council of Urban Professionals (CUP), a top leadership development and networking organization based in New York and Los Angeles and a founding board chair of All Star Code, a leading non-profit focused on helping boys of color code.

Mr. Richardson received a BS in Accounting from Purdue University (where he has served as the Purdue Black Alumni President and as Student Body President) and an MBA from Harvard Business School, where he was a Robert Toigo Fellow.

Tarrus Richardson
Back
Scroll to top