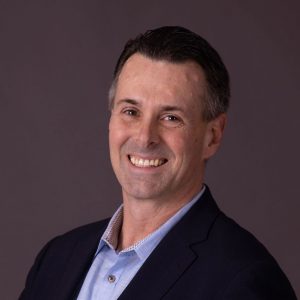 Mr. Foca joined IMB Partners in 2019 as EOS Implementer and Coach and is responsible for EOS/Vision Traction organization, strategic advisory, and board management. Currently, he also serves as a Certified EOS Implementer at Power 6 Group, which he founded. Mr. Foca brings over 26 years of experience and has previously held positions at Native New England, The Coastal Companies, TEKsystems, Inc., Cort Furniture Rental and Milby Company.

Concurrently with his role at IMB, Mr. Foca serves as Founder and Certified EOS Implementer at Power 6 Group. He also served as Fractional CXO with Power 6 Group from 2018 to 2020. Mr. Foca developed Power 6’s EOS Model®, which provides a visual illustration of the Six Key Components™ of any business that must be managed and strengthened to be a great business. This model applies to big and small businesses alike, in any industry. The Six Key Components™ include people, vision, data, process, traction, and issues.

Prior to Power 6 Group, Mr. Foca was the CEO of Native New England (d/b/a Native Maine Produce & Specialty Foods). In this role he successfully implemented processes to professionalize all company operations and led an aggressive acquisition plan, diligence process and successful completion of a target company. Mr. Foca also led the company through its first audit and implemented financial controls and processes. He also filled the role of CFO prior to the close of the target acquisition. Before Native New England, Mr. Foca served in several capacities at The Coastal Companies including Chief Operating Officer and President of Coastal Sunbelt Produce, President of East Coast Fresh and Chief Financial Officer. Prior to The Coastal Companies, he was Director of Operations at TEKsystems, Inc. and an Accounting Manager at Cort Furniture Rental. Mr. Foca began his career at Milby Company as a Staff Accountant.

Mr. Foca has a B.A. in Economics from University of Maryland Baltimore County and a M.B.A. with a concentration in Information Systems from Loyola University.

Ross Foca
Back
Scroll to top