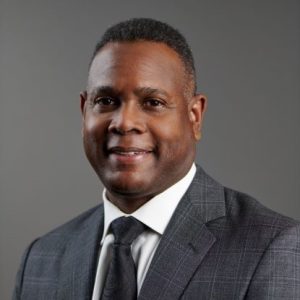 Mr. Markey joined IMB in 2022 and is currently an Operating Partner in the firm’s food services platform, which currently includes active investments in Alder Foods and Elite Brands, nationally recognized food suppliers to the Defense Commissary Agency (“DeCA”), and Richmond Wholesale Meat Company, a leading global food company serving the U.S. Military. He brings over 27 years of experience as an executive leader, board director and education advocate in both the public and private sectors, including a strong track record of elevating the brands of some of the world’s top food, retail, and healthcare companies to demonstrable financial results.

Mr. Markey began his career holding several positions of senior leadership in the U.S. and Asia with Kraft Foods, before moving on to leadership roles at Walmart’s Sam’s Club division, Eli Lilly, and consulting services firm Windfarm. He was previously the Vice President, Head of Strategy and Corporate Communications for Designer Brands, one of North America’s largest retailers of footwear. He also serves as a board director for Alder Foods, an operating company of IMB since 2016.

Mr. Markey received a B.S. in Industrial Engineering with a concentration in Manufacturing from Purdue University and an M.B.A. with an emphasis in Marketing and Finance from Indiana University’s Kelley School of Business.

Maurice Markey
Back
Scroll to top